Rio might just be the most beautiful city in the world.

Like many beachside cities, it sports its crown jewel beaches with namesakes like Copacabana and Ipanema but the allure is the geology which makes it special. Looking similar to the karst limestone formations of northern Vietnam or southern Thailand, Rio sits in a cradle of black augen gneiss estimated to be half a billion years old. As the rock cycle goes, these metamorphic rocks are some of the oldest and hardest in the world and still are prone to weathering and erosion but still, they’ve endured.

Brazilians have adapted to life here by not going over, but under the rock. For the last century, the citizens of Rio have tunneled through and under the monoliths with hybrid EPB boring machines that are sensitive to the softer rock deposits but tough enough to drill through the incredibly hard gneiss. Living amongst and around the mountains gives the city an aesthetic feel of respect for the landscape much like in Hong Kong, but the reality is that land and rock is extremely unmalleable and humans bend to its will, not vice versa. “We were here before you.” the mountains around Rio seem to say to its citizens. “And we’ll be here long after you’re gone.”

We met up and stayed with our friends Ryan and Sarah who are the new rockstars at the local international school in Curitiba along with their two daughters whom Ava got to rekindle an old friendship with that has spanned 6 years and 2 continents. Every night was a sleepover for the girls and they even managed to do some horseback riding at their local stable. During the day, we took trips to the weekend market and the city parks to muck around the rainforest. Seeing friends in faraway places has been one of the highlights of our trip.

As the girls played and texted to each other into the night (despite sleeping right next to one another) I couldn’t help but notice the subtleties of our daughter growing up. For the last few months, Ava has been spending more time combing her hair, taking a sincere interest in pimples and face wash, and we have been having to remind her to apply deodorant on a daily basis. Puberty is around the corner, as announced by eye rolls, ‘duh’s’, and all the joys of becoming a teenager are around the corner. Pretty soon, she’ll be asking for designer clothes and her own iPhone and will want to walk ahead of us in public places.

Because the letter ‘t’ has a ‘ch’ sound in Portuguese, ‘Para-tee’ actually sounds like ‘Para-chee‘. This little Portuguese outpost has been known for 150 years and is the premier city for cachaça distillation. Made from sugarcane juice, it’s the main alcoholic ingredient for caipirinhas, the local drink which is made of the sugar cane alcohol, limes and tastes a bit like a mojito. While in Paraty, we took a jeep tour to one of the local distilleries, swam in waterfalls and got rained on every day.

The Road to Rio

Rio De Janeiro was our last stop in Brazil, and we’ve been looking forward to it for months. Back in December, we booked a free, four night stay completely on points at the Hilton Copacabana and Lisa’s diamond status got us an upgrade to an executive suite on the top floor overlooking the beach and sugarloaf mountain along with free breakfast. Ordinarily, a standard room goes for $250 a night and a suite two times that price, so if even for a few nights, we felt like royalty. In the evenings, we got access to the executive lounge with snacks, drinks and dinner so we ate 2 of our 3 meals each day for free and our weekly spending was next to nothing. There was a big tour group staying at the hotel and I managed to talk with some of the guests in the lobby and elevators:

“So where are you guys off to next?” I asked.

“Buenos Aires tomorrow.” A kindly man with ‘John’ on his name tag replied. “We’ve had something like 8 flights in the last 3 weeks and we’re so exhausted. Still, there is so many great things to see.” with a smile on his face looking like a cat who ate the canary. “Travel is a great teacher.”

On our first sunny afternoon, we sprawled out on beach chairs and within 5 minutes, I bargained a vendor from $25 down to $5 for a new pair of sunglasses to replace the ones I’d lost a week ago and 5 minutes later, we had 2 caipirinhas in our hands that I bargained down to $6 for the pair. During the day, we took day trips up to Sugarloaf mountain and Christ the redeemer and got to see magnificent views from one of the ‘7 Wonders of the World’. Our time in Rio was beautiful.

While in Brazil, we finished reading ‘Roll of Thunder Hear My Cry‘ and our expose on racism in the United States in early 20th century America by Mildred Taylor. Hard to believe after so long, racism still runs deep for many people in the south. Back in the 90’s, schools in Louisiana banned the book because they deemed it inappropriate and school districts in Florida banned it because it contained the word ‘nigger’. The good thing about teaching your child on a sabbatical year is that you are not beholden to any bureaucratic oversight; especially in the age of Betsy DeVos. If anyone was going to screw up our child, it was going to be us.

Ava has also taken a renewed interest in ‘Prodigy’ a game based math program to keep her skills sharp which we support with multiplication and division times tables when we can.

With our flight to Peru tomorrow, we’ll start Ava’s 7th and last book of her 4th grade reading curriculum and her last process writing piece on informational writing. With 7 weeks left of our trip, the end is near, but like John said, ‘There are so many great things to see.”

For me personally, I’m holding out hope for a biscuit cat.

We are international teachers that have taught in Asia for nearly two decades. We’re using this year of travel to give our daughter a fourth grade education using authentic and applied learning experiences for the 2019-2020 school year.

Our Featured Camera Gear on Amazon

Our Featured Clothing on Amazon 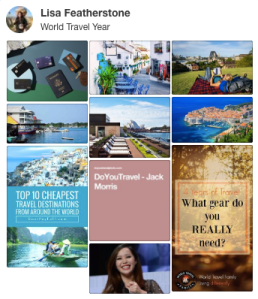